4 in the Afternoon: Tow Truck Camel

Twice each day we scan our YouTube metrics as well as websites on the cutting edge of internet culture to discover the most buzzed about videos.

Posted by celebritiesfail on February 25, 2011 in Trending

Adam travels to the Big Easy where he dives into a classic New Orleans Dish – BBQ shrimp. New episodes of Man v. Food air Wednesday nights at 10PM, only on the Travel Channel.
http://travelchannel.com 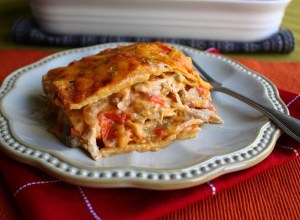 There are three things all real Texans love: high school football, executing people, and the King Ranch casserole. From what I hear, it’s impossible to go to any sort of potluck and not see one of these.

I love posting about these regional culinary favorites, especially when no one knows for sure where the name came from. It allows me to put forth my own, often ridiculous, theory. There is indeed a King Ranch in Texas – they say it’s one of the most famous ranches in the world, but as far as claiming credit for inventing this casserole goes, they’re not interested. You can’t really blame them…a legendary cattle ranch the birthplace of a famous chicken recipe? I don’t think so.

Here’s what I bet happened. You don’t build a cattle ranch without making a few enemies along the way. To get revenge, someone invented this dish and called it the King Ranch casserole just to annoy them. It was a brilliant plan. Without firing a shot, or bloodying a knuckle, they inflicted the ultimate cattleman humiliation.

Regarding this recipe, I have a few things to explain. I’m testing it for the cookbook, and so I wanted to stay true to the original formula, which explains the cans of soup. Also, as you’ll hear me say in the video, I tried to add an extra layer of tortilla on the bottom, which was a mistake. It threw off the meat to grain to condensed soup ratio. Two layers are plenty; so if you make it, take note.

Lastly, since condensed soup is dangerously high in sodium, I didn’t add any, but after sampling I decided that it did need some after all. Best to taste the sauce mixture and decide for yourself. Enjoy!